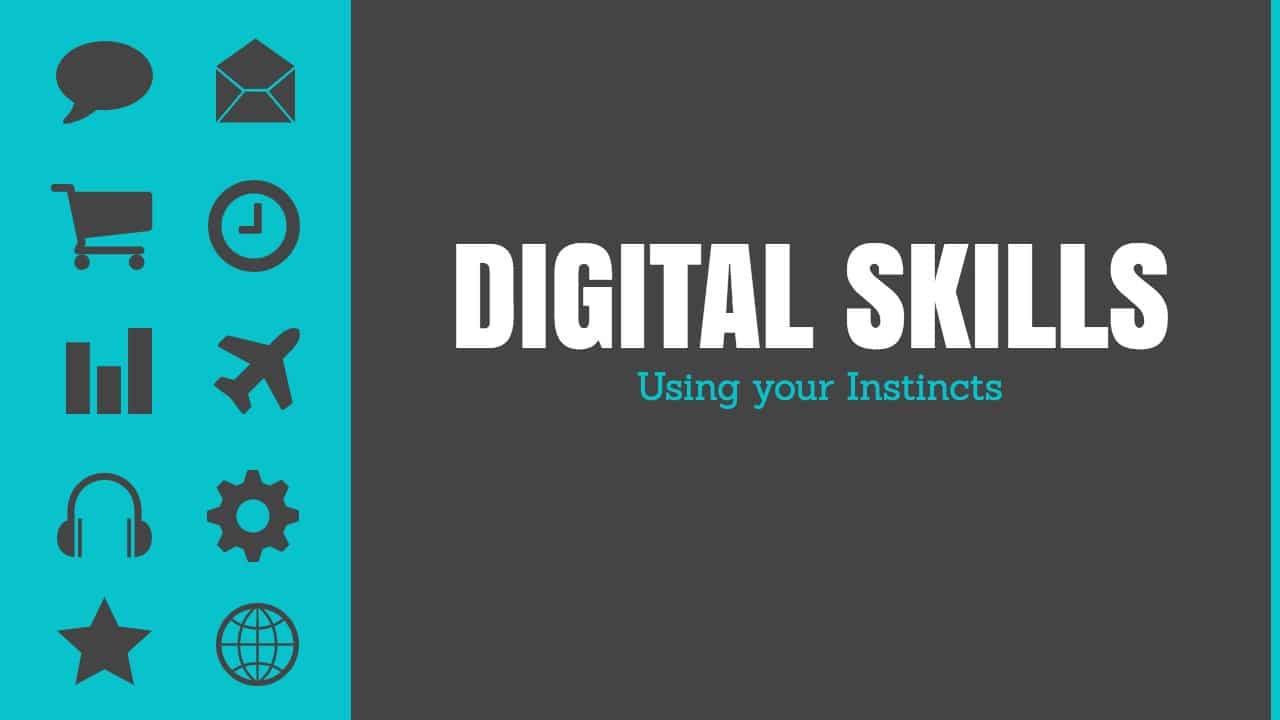 There’s a lot of talk about the Digital Revolution – it’s been one of those buzzy phrases for a number of years now. And there’s no doubt that it is a positive thing – the sheer scale of how life has changed in the last few years is almost incomprehensible. We rely on the modern day tools that are available to us more and more.

But it’s worth giving a bit of thought to what we’re losing as well. And I don’t just mean the art of conversation! We’ve all been there – sitting in a restaurant or another public place and watching the couple on the table next to us who don’t speak to each other all evening – they’re both transfixed with their phones or tablets and could easily be in separate rooms for the amount of interaction they have with each other.

But what else are we losing in this new digital age? I know I’m a bit of a dinosaur and I was probably at work before most of you were even more than a twinkle in your parents eyes but I do sometimes think that we’ve getting a tad too dependent on all things digital.

For example, I love my SatNav and with Google Maps I can find my way anywhere and in any country (although Siri’s Spanish accent does leave a lot to be desired!)

But I do miss having the ability to instinctively find my way somewhere without relying on artificial intelligence! In the days before SatNav I used to drive around London easily and it meant that if I was ever on foot or using public transport I still knew where I was and where I was going – even now when I go back to London, I still remember and (whilst it may be a little dimmer than in the past) I have a visual image of where I am and where I’m going.

But on the converse, I’ve been in Yorkshire for just 3 years and only ever driven to Leeds using my SatNav. So, if I do go there by train I am completely disorientated when I come out of the station. I don’t have that picture in my mind of where I am and where I am going and because of that I resort once again to using my phone and Google Maps to give me a walking route to get to where I need to be.

So it’s a vicious circle – I’ll never learn and I’ll probably lose the skill of having a visual in my mind of my location.

In much the same way, people are losing the ability to add figures up in their heads – we’ve become reliant on calculators and spreadsheets!  Nowadays, when you pay for something in a shop instead of the assistant working out how much change you need, the computerised till works it out for them. And we accept our change often without question. How many people still check their receipts – after all everything is scanned nowadays so there can’t possibly be a mistake can there? And how many people have stopped checking restaurant bills to make sure they’ve been charged for the right thing.

But the computers aren’t infallible – they’re only as good as the people operating them and I can personally think of 3 recent occasions where I’ve checked a receipt to find that I’ve been incorrectly charged.

Add to that, if we’re all relying on computers or calculators to work figures out for us, how long before we lose the skill of adding up ourselves completely – and how long before that begins to affect us when we do day to day things like working out our budgets or finances?

The simple mathematical skills that we learned at school (back in the dark ages) are disappearing from our lives. Hands up who can still add up a column of figures in their heads? I know I can but only because I practise and because I like to “play” with figures. And how many of you can work out the average of 3 or more figures in your head? You probably can’t – and why would you want to when you have Excel to do it for you!

And that even goes down to games and other brain skills, doing a Sudoku or doing a crossword, because the computer or the phone or whatever device you’re using will tell you when you’ve got something wrong. Personally, I love Sudoku and I’ve always thought I was quite good at it. But if I try to do one on a grid (no phone, no laptop and without using any artificial intelligence to help) I struggle to complete it and it takes much, much longer.

So if what I’ve said is anything to go by, what’s going to happen over the coming years is that people like you and me are going to lose those instinctive skills that we have now (or had in recent years) and that means is that the gap between man and machine is going to narrow.

And perhaps the robots will end up taking over the world!